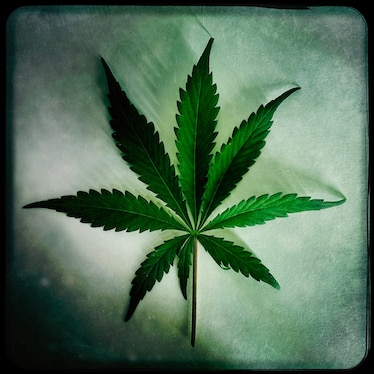 19 Jan Cannabis & Seniors Part 1: Can It Help With Age-Related Symptoms?

As we get older, we can experience symptoms due to age-related diseases such as chronic pain, sleep difficulties, tremors, stiffness, anxiety and reduced appetite.  At the heart of Geriatric care is giving loved ones relief from pain and discomfort so they are more comfortable as they age. If we have knee pain due to osteoarthritis, we visit our Orthopedist and she lays out possible treatments, including steroid injections, ablation of painful nerves, acupuncture, physical therapy, or surgery. But now with the legalization of  Cannabis– marijuana or weed – for recreation and medical use in so many states, we are wondering if we should ask our doctors...“Do you think I should try marijuana?”

One-fifth of Americans currently experience chronic pain, according to the Centers for Disease Control and Prevention. We have all heard the anecdotal stories shared by family, friends, and the media, that cannabis and or compounds derived from it (cannabinoids) may be helpful to alleviate pain and other uncomfortable disease symptoms. While we are all aware that the Cannabis plant contains a psychoactive compound called THC that produces a "high" when ingested,  we are learning more about other medicinal uses for the THC and the other compounds found in the plant.

According to several online health resources like the National Institutes of Health (NIH), seniors may benefit from cannabis treatment for a variety of symptoms, such as chronic pain, sleep difficulties, tremor, spasticity, agitation, nausea, vomiting, and reduced appetite. However, to date, health experts who have reviewed credible scientific published studies, there is a lack of evidence if cannabis in older adults actually works for any of these symptoms and it may be more due to a placebo effect.

Many people swear by the drug’s ability to ease chronic pain and pain relief is often cited as a reason for cannabis use among older individuals. For example, 89.7% of the older patients in the Colorado medical cannabis registry listed pain as their primary or secondary condition. But experts say the evidence for it is “questionable”—and it may just be the placebo effect. While you may see many articles and advertisements touting the positive benefits of marijuana for pain,  the efficacy for cannabis as a chronic pain medication still remains in dispute.

It may seem like it doesn’t matter whether the positive results people experience in cannabis trials are from taking the drug or a placebo effect of thinking they did, as long as their pain is diminished. But experts heed caution to continue to investigate.

“It may please patients in the short term for doctors to recommend cannabis, but at the moment the scientific evidence does not support the treatment for pain.”

Parkinson’s disease (PD) is a common brain disease found mostly among older adults, which is caused by a loss of the brain cells that make Dopamine, a chemical that coordinates movement.  PD is called  the “movement disorder,” as it causes tremors, slowness in movement, stiffness, and walking and balance problems. But constipation, depression, memory problems and other non-movement symptoms also can be present. Two small-scaled studies failed to show the efficacy of cannabis in treating the motor symptoms of PD. However, cannabis might improve quality of life in PD and may relieve other non-motor symptoms . 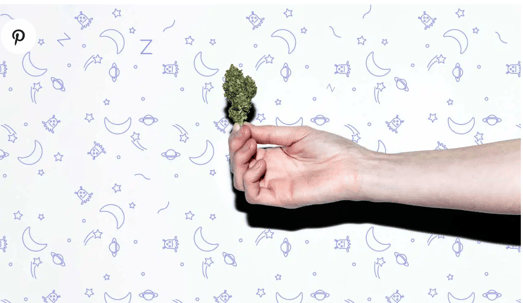 Approximately 50% of people above age 65 complain about having trouble with sleep issues, and there is an increase in sleep disturbances in old age. A review of many studies looking at the therapeutic effect of cannabis on sleeping disturbances has not yet reached a decisive conclusion. The effects of cannabis on the sleep–wake cycle are also unclear, though some research suggests that cannabis might aid in falling asleep due to its anti-anxiety effect.  This review found that patients reported improvement in insomnia and a decrease in use of prescription sleep-aides. However, beware,  Some studies have found that sleep can actually be impaired by regular use of marijuana. 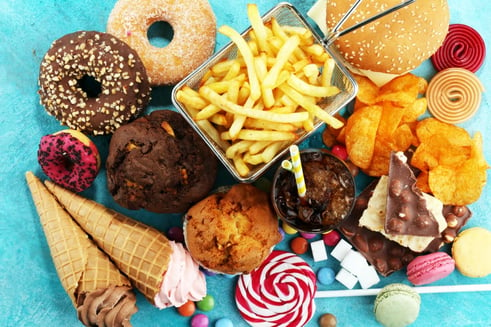 One of the most well known side effects of using Cannabis is the "munchies," otherwise known as an increased appetite.  For medicinal users that have trouble eating due to chemotherapy, this can be one of the drug's benefits. For recreational users, this benefit can be in the form of a fun diversion of late night junk food...but a downside for those watching their waistline.

THC can elevate dopamine levels and dopamine is a feel-good neurotransmitter in the body that’s released when we engage in pleasurable behaviors, like eating appetizing food. Thanks to the influence of dopamine, we experience a potent feeling of internal reward when we eat something salty, sweet, or super satiating. THC’s influence on the dopamine system means that food tastes and smells extra appealing when we’re high.

Researchers still have a lot to learn about the long-term effects of cannabis on the brain. Some studies have shown that long-term cannabis use is associated with negative memory problems. A few clinical trials have identified that cannabis may help manage behavioral symptoms in people with dementia, including agitation and aggression, but only in some cases. One study conducted with Namisol, an oral tablet with 98% natural THC, showed it did not reduce neuropsychiatric symptoms, agitation nor did it improve quality of life in dementia patients.

A recent review of the published science available was unable to make any conclusions about a recommendation for the use of cannabis in palliative care.

Where is Cannabis Legal Now? States, like New York and Connecticut, are legalizing Cannabis at an unprecedented pace.  On Election Day in 2012, voters in Colorado and Washington approved ballot measures to legalize the recreational use and sale of cannabis, making the states the first in the U.S. to do so. Fast forward to December 2022 and nineteen other states, Washington, D.C., and Guam would act to legalize the drug as public support for legalization rose rapidly – despite marijuana being illegal at the federal level. In fact, there are now fewer states that have not legalized Cannabis for either medicinal or recreational purposes, than there are that have given their residents a green light to buy it.

Cannabis has been around for a long time and historians are aware of it being one of the oldest cultivated plants in East Asia. References even appear in written texts as early as 1,000 BC. Fascinating to note that a group of researchers from the Chinese Academy of Sciences recently identified a 2,500-year-old bong used by royalty to smoke cannabis and opium in Russia. 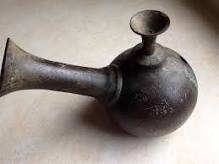 Cannabis business is booming and it can be confusing for many to try to figure out which type, or strain, to buy and for what reason. There is an obvious lack of cannabis education among seniors, who more than any other age group needs to be informed due to health-related issues, drug contraindications. Most importantly, maybe there should be a warning label with,  "This is not the same pot we smoked in the 70s and 80s."

Today’s marijuana is 57-67% more potent when compared to samples from the ’70s. In this instance, potency is measured by the levels of the plant parts high in THC, the most well-known compound in cannabis that produces psychoactive effects. Back in the ’70s, much of the cannabis brought in to the U.S. was from other countries and it was a mix of leaves, stems, flowers, and other pieces of plant. Due to length of time to grow the plants, transportation, and distribution, the previous generation of cannabis was also much older making it less potent. Bottom line: The pot from the 70s is not the weed of 2023, a mass-produced product with potent feminized flower (sinsemilla) that is now offered in products in a regulated dispensary.

The cannabis flower contains more than 120 different cannabinoids, with tetrahydrocannabinol (THC) and cannabidiol (CBD) being the most studied cannabinoids of interest. They are different in many ways. A simple way to think about it is that THC is defined by effects that cannabis makes you feel like getting high and CBD will not get you high.

What Types of Strains of CannabIs are there? 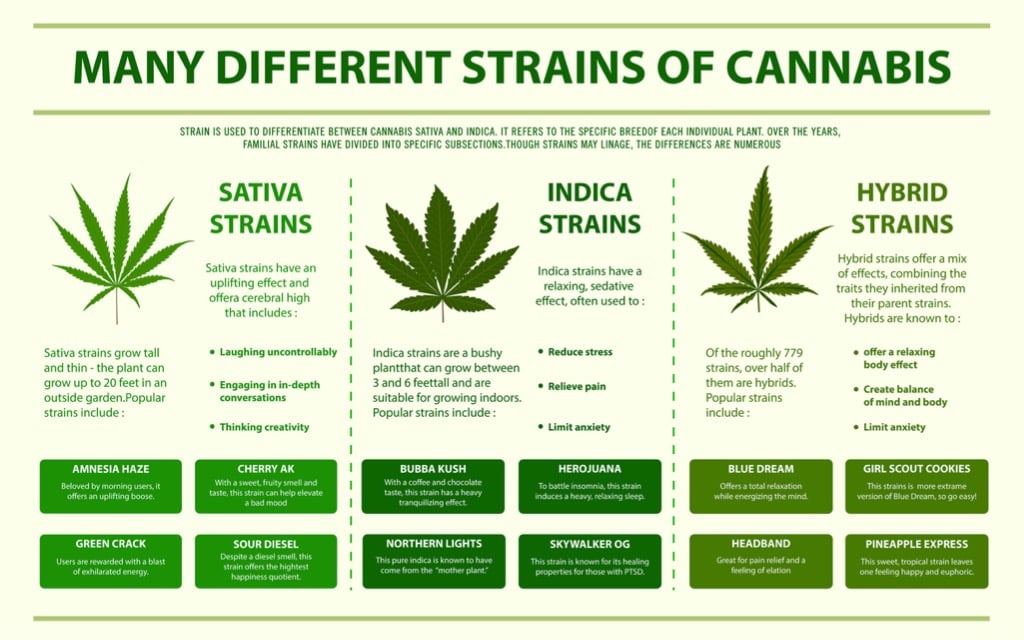 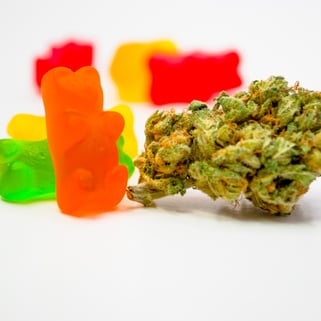 With names like Wedding Cake, Gelato, Thin Mints and Sunset Sherbet, you might think you are at a dessert buffet instead of a Cannabis dispensary!

Leafly, an online resource for Cannabis information, sales and recommendations claims a database with over 6,000 strain entries and counting. The strain you choose depends on what effect you desire. As mentioned earlier, Cannabis has a range of  proposed anecdotal and few proven medical uses, but some strains are better known for certain side effects than others.

Especially with seniors, health experts recommend to research the potential adverse effects of the strain. Many of the more common strains list dry mouth, dry eyes, and dizziness as possible side effects. Marijuana also has the potential to interact with medications you might be taking so again, always check with your physician before trying any new substance including CBD and Cannabis.

Part 2: CBD for Seniors and Cannabis Products To Buy (Smoking or Edibles)